Spitalfields City Farm has been an East London landmark for almost 40 years and is a true oasis in the heart of the city – a homegrown institution born out of its environment, that connects people to nature, enhancing their well-being and allowing them to re-engage with the natural world. 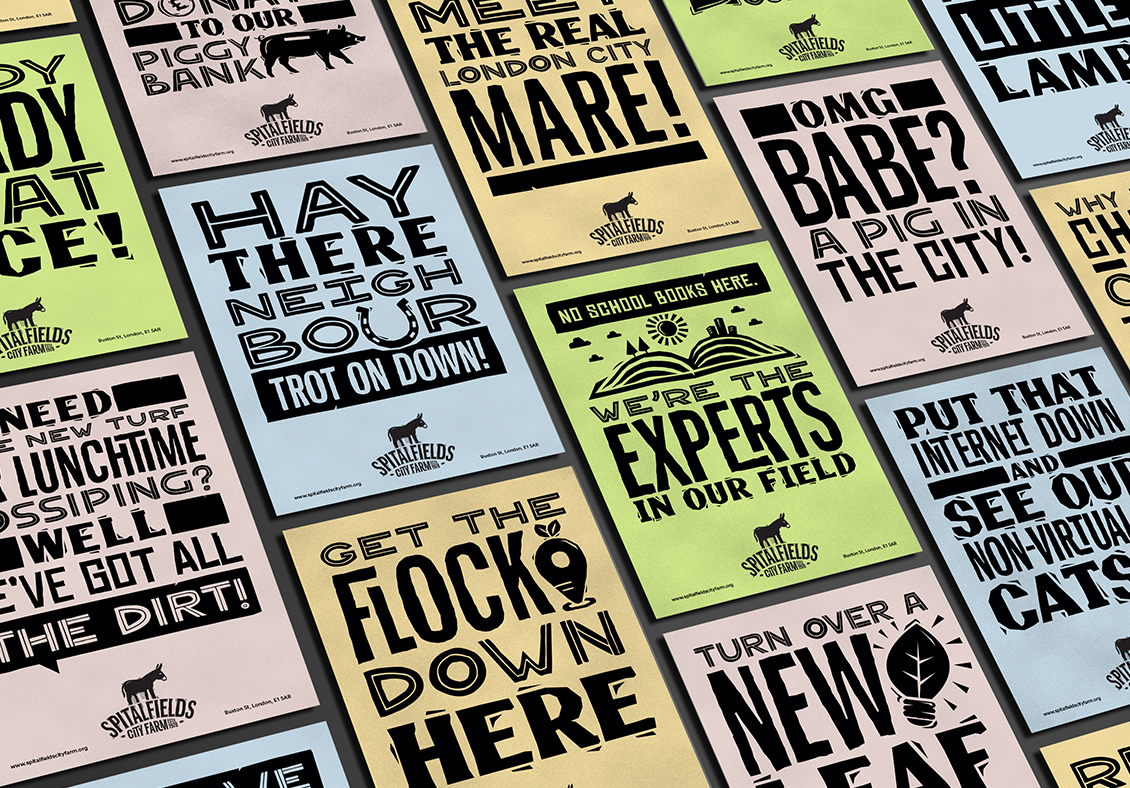 Although the farm is an important part of the community, it was struggling to build awareness of where it was and wasn’t resonating with local residents. Awareness was a big issue, along with limitations in being able to communicate effectively online.

We decided to help out and took this challenge on as one of pro bono projects, with our aim to re-energise the farm’s brand image to boost visibility in the community and online.

After a fun discovery session on a sunny afternoon, we came away with plenty of information to help us formulate a tight brief and get stuck in to rebranding the farm.

Our creative solution celebrates the farm’s rustic heritage but also its juxtaposition with London’s financial centre. The marque uses the symbol of a donkey – the farm’s mascot – expressed through a woodcut style, with iconic building’s (the Gherkin, Walkie Talkie and Shard) shown cleverly in the negative space of the donkey’s legs. An interesting reverse play on the City of London looming over the farm. 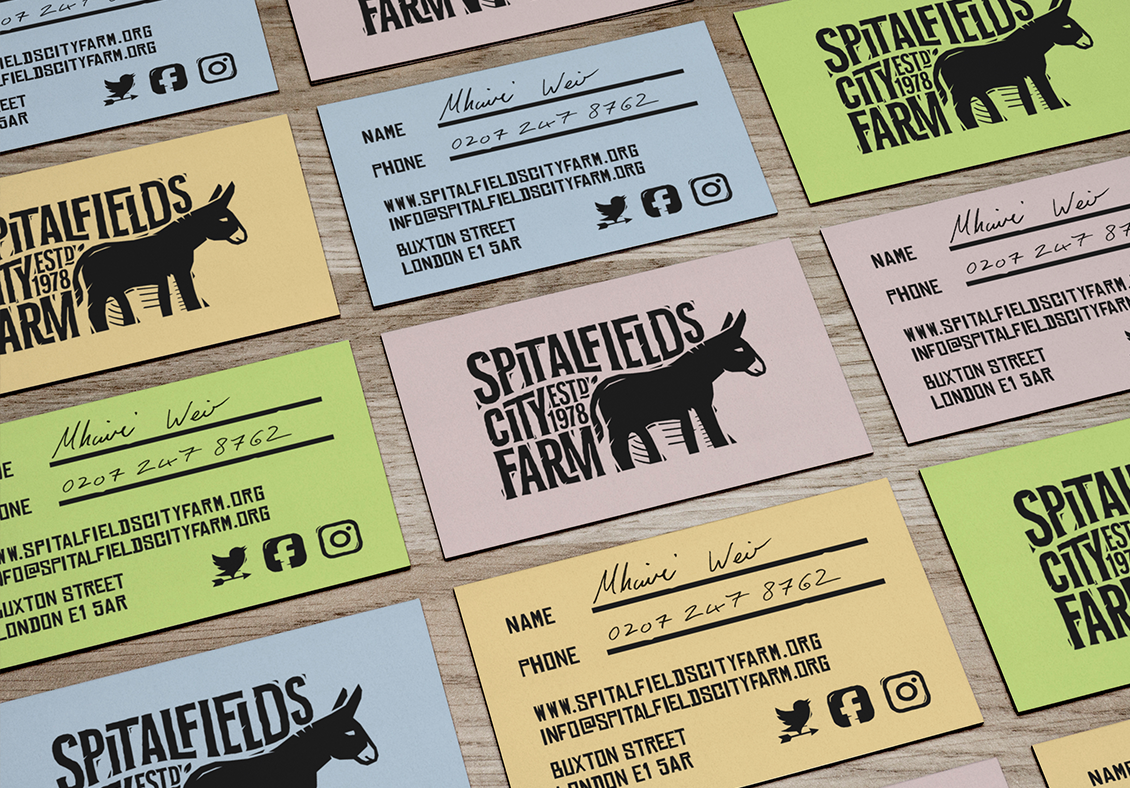 The visual language extends the rustic woodcut style into a range of farm illustrations and icons depicting animals, plants, tools and buildings. Supporting the visual language is a witty, pun based messaging inspired by the sense of humour found among the farm team which is crafted to provide an amusing external messaging system that was deployed through internal and external communications, farm signage, a short film, website and social media. 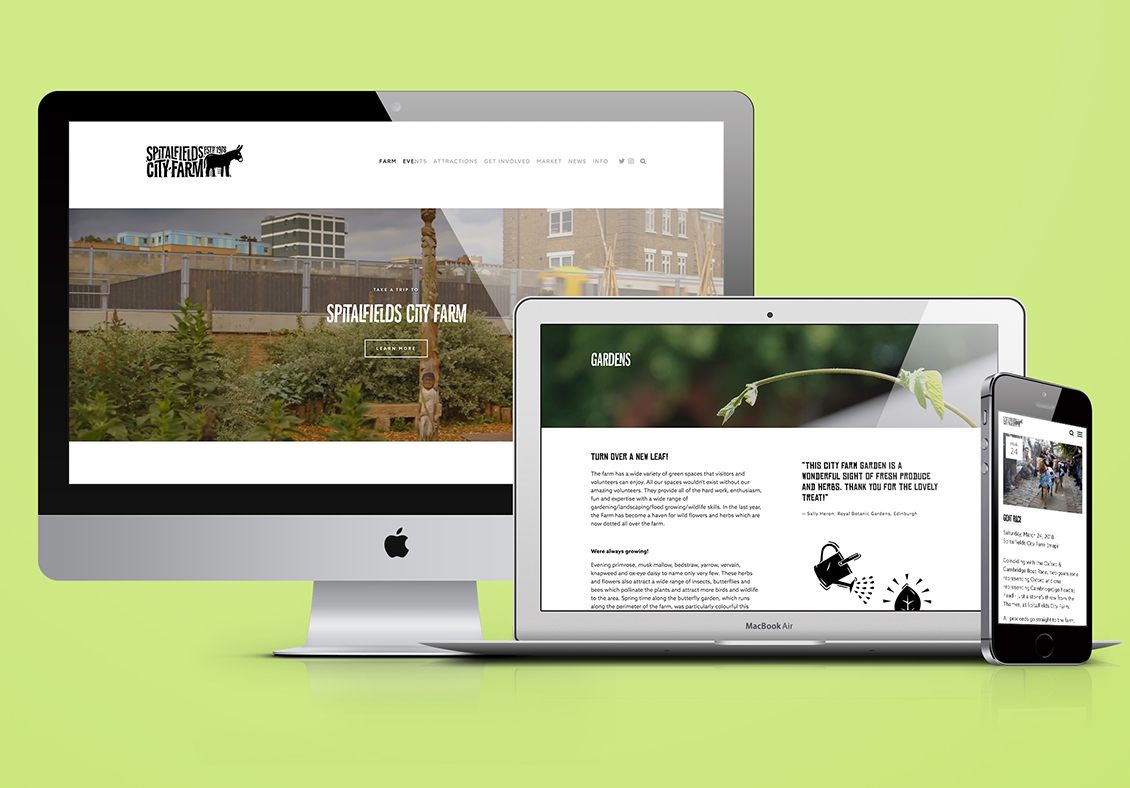 The new brand has not only transformed the farm’s brand image but also their perception in the community and online. Fresh, playful and genuine, Spitalfields City Farm now presents itself as a credible local attraction with an extensive offering for visitors both locally and further afield.

It's a great example of how our team is creating difference, not only for our clients, but our local community. To find out more about Spitalfields City Farm visit the website. 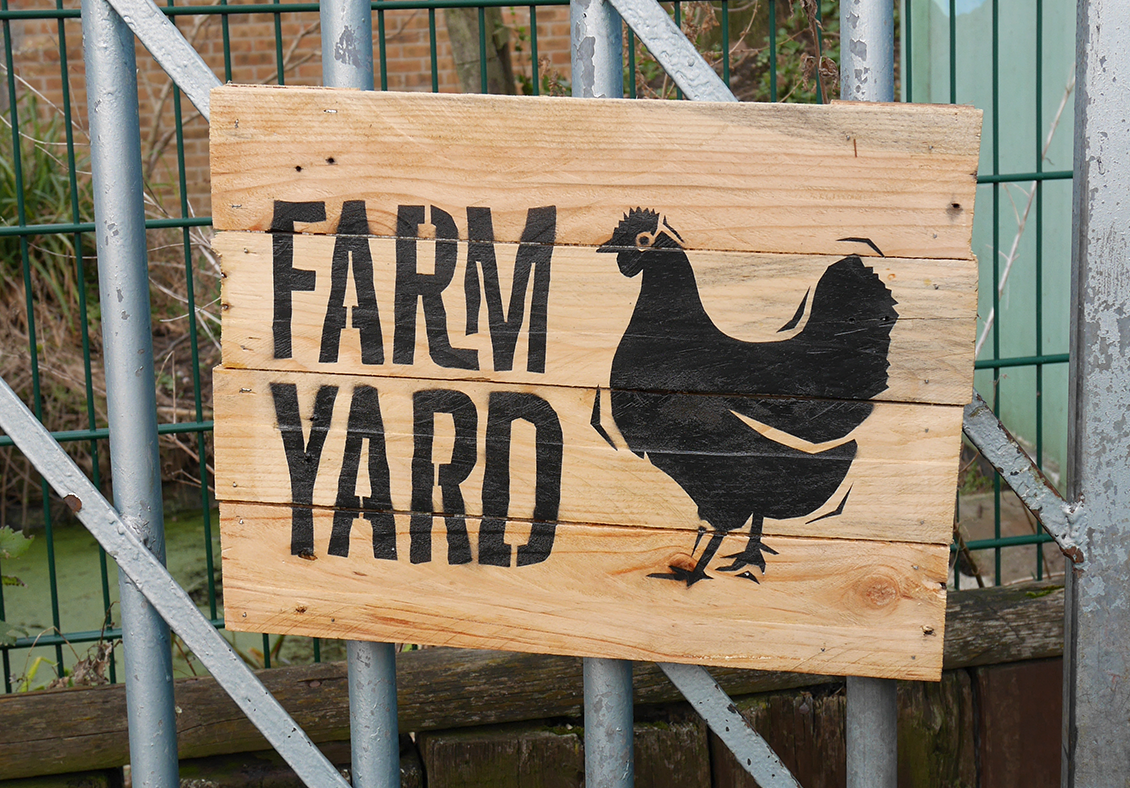 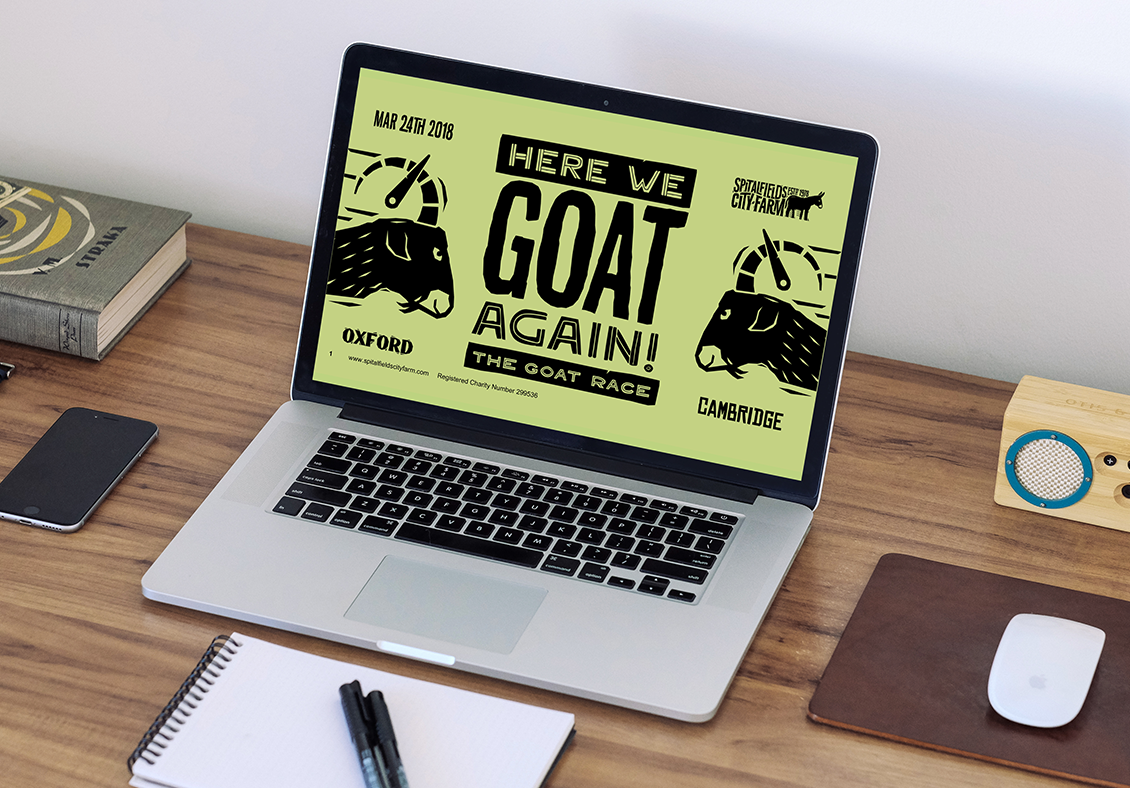