We needed to develop brand messaging and a visual style that would spotlight the critical role played by relationships in its success – relationships with the management teams of its portfolio companies, with its investor base, and with its employees, who are located in three offices across the States.

In addition to enhancing the firm’s logo with the tagline ‘Celebrating 20 Years of Partnership & Growth’ and creating a toolkit of anniversary headlines and smart brand-driven graphics, we were engaged to produce a film – the centrepiece of an upcoming investor partner conference.

Our strategy started with a discovery workshop with a dozen senior executives during an in-person session at LMP’s Philadelphia headquarters. The invaluable input from the team representing each of LMP’s offices illustrated the ‘secret’ to LMP’s longevity, track record, and reputation: the firm has thrived on a culture of collaboration, which originates with its employees and extends to its partners in all business dealings. 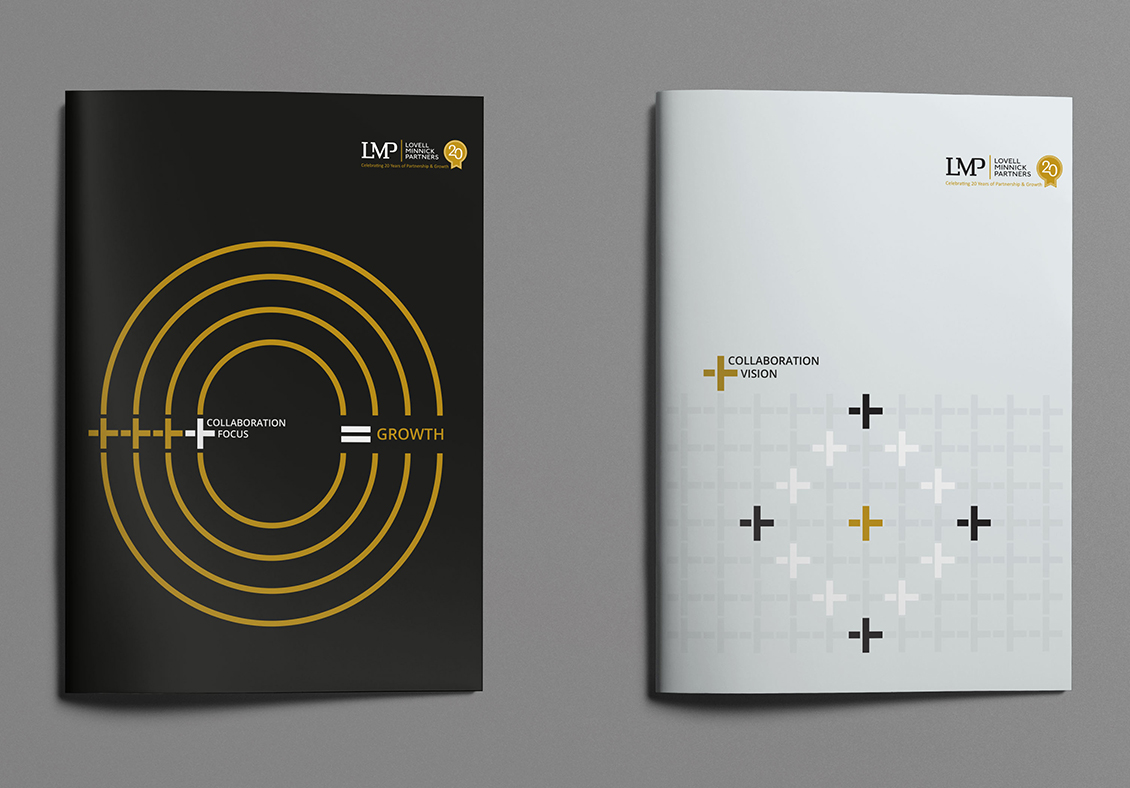 We then used this insight to develop the brand messaging and assets, plus a script for the film interviews. This script would draw out revelatory comments about the benefits of LMP’s collaborative spirit, touching on value, growth, partnership, integrity, focus and excellence. We then filmed interviews with over 20 LMP executives and business partners over two days in Denver and New York City. 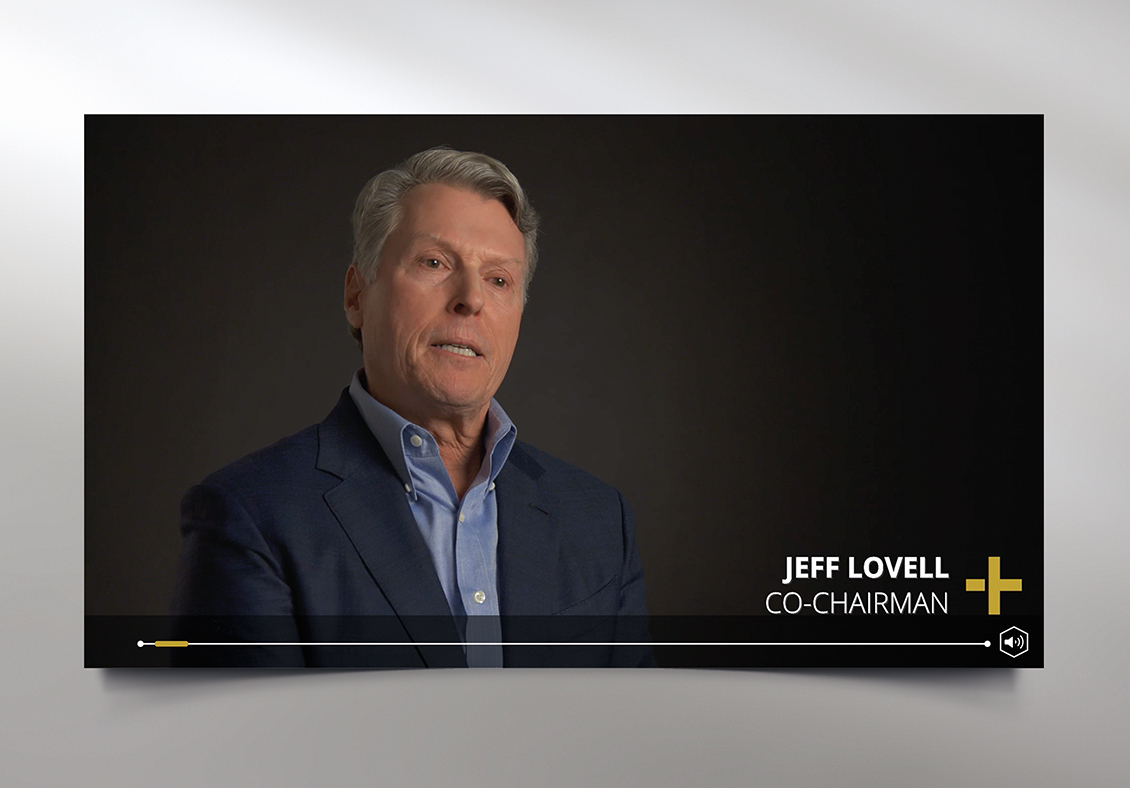 Once in the editing room, we created two short films: one on a ‘Collaboration’ theme, with its primary showing set for the investor conference, and a second intended specifically for internal usage at an anniversary celebration.

The anniversary brand and accompanying films have been well-received by clients and staff alike and helped Lovell Minnick Partners celebrate their 20th anniversary with true purpose and meaning. 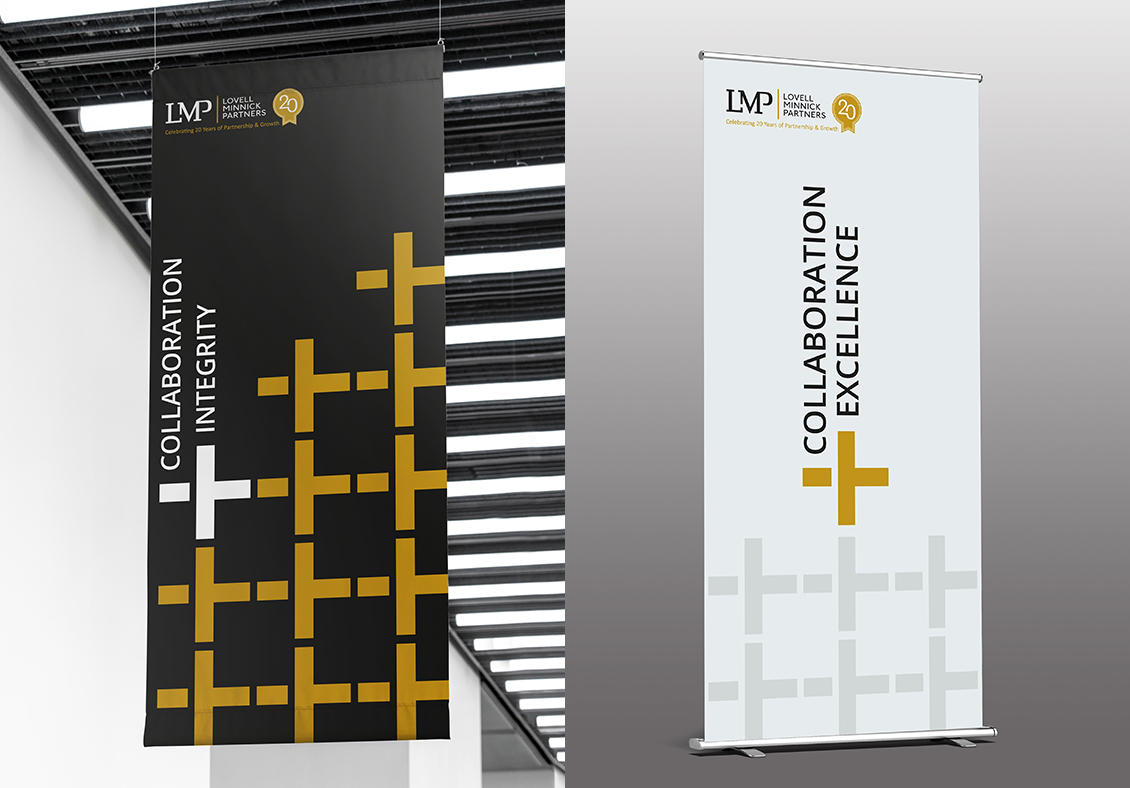 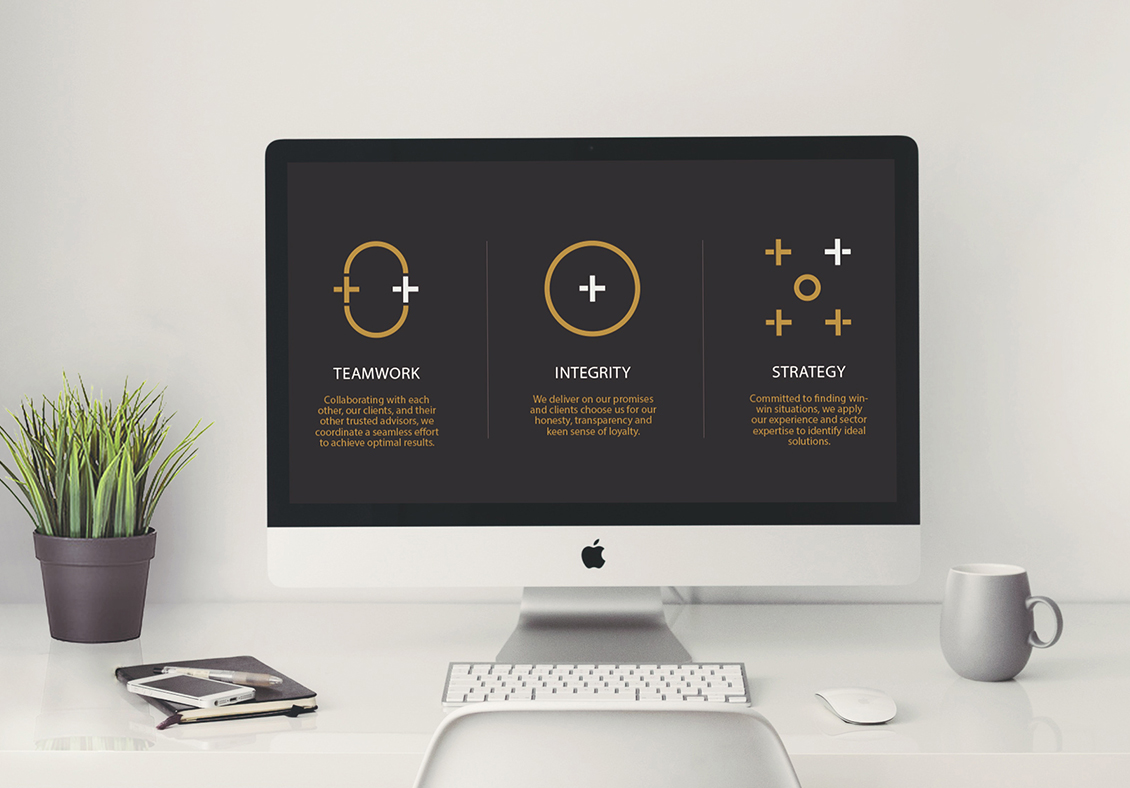