Each year EBRD (European Bank for reconstruction and development) hold their annual meeting and business forum in a host country with the goal of promoting economic change. In 2017 the host country was Cyprus and we were approached to develop an event brand that would help promote attendance to the event and engage with delegates.

Our brief was to develop an identity which was inspired by an icon or landmark of Cyprus that did not have any political or religious significance or connotations. With Cyprus being a nation of two parts since 1974, with no national landmarks that were not either religious or political in nature, we turned our attention to the natural landscape of the country. 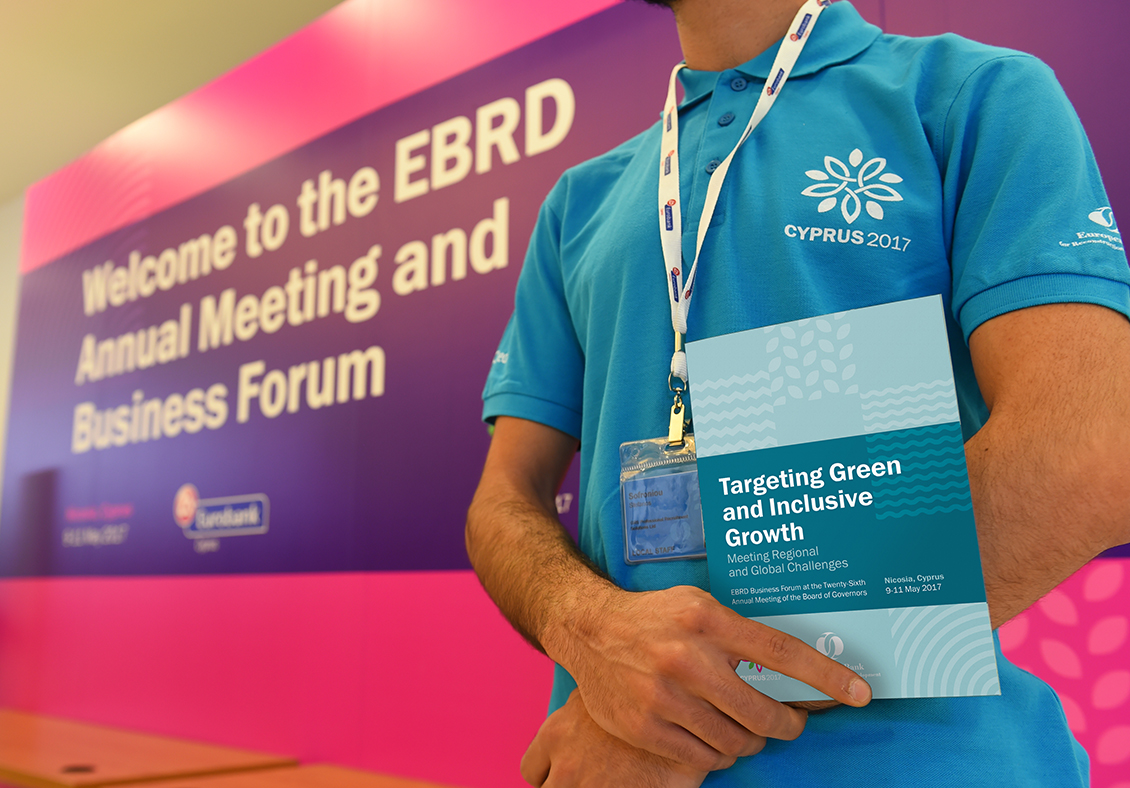 "Following several months of preparation and planning, Living fully embraced the true spirit of the EBRD Annual Meeting on-site delivery which relies on true commitment, resilience and team efforts. The colourful and effective branding literally transformed the venue, giving a real soul to the overall event and providing a long-standing memory for the EBRD community and our official hosts." 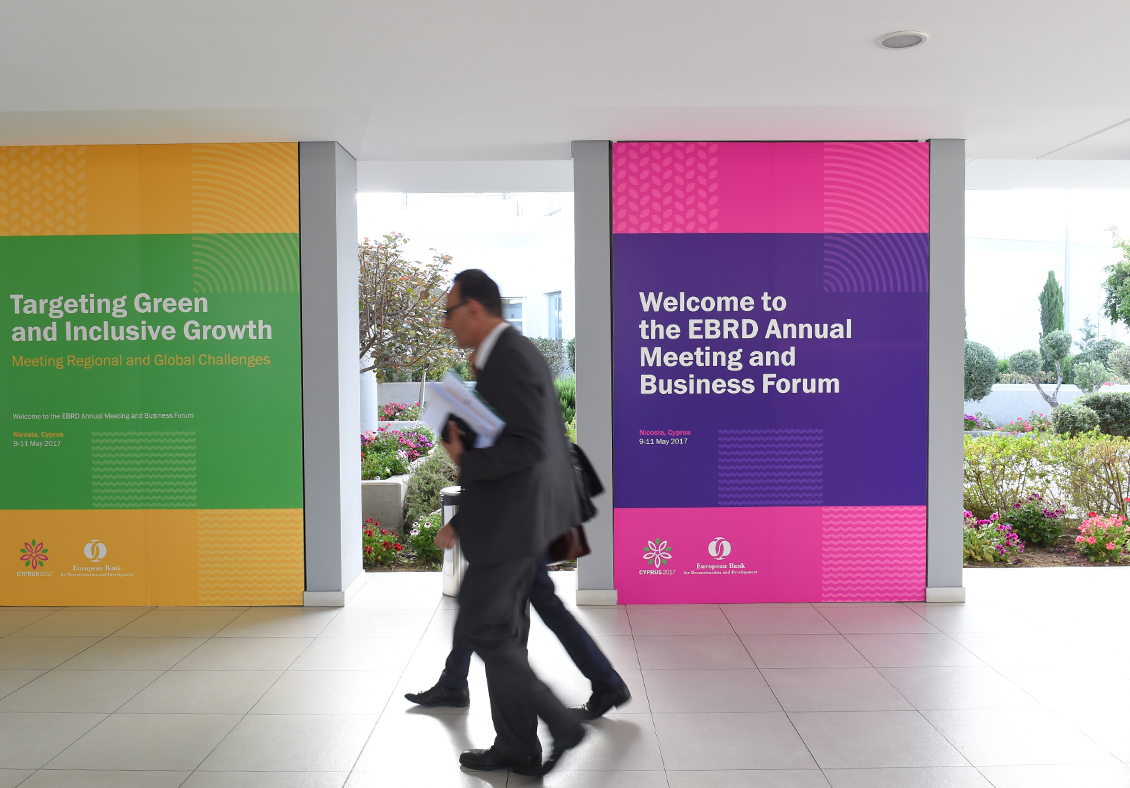 Our concept was inspired by the Cypriot cyclamen flower the national flower of Cyprus. As a symbol the cyclamen resonated well. Seeded in harsh terrain and enduring difficult conditions it still blooms into an inspiring and beautiful form bringing vibrancy to the landscape. In addition to the logo, we designed a cohesive and versatile visual language based on the natural elements of Cyprus which allowed us to deploy a comprehensive event signage system, promotional literature and digital communications. Our work even extended to designing the initial brand marque and visual identity for next year’s Jordan 2018 event inspired by Arabic ceramics. This work featured at key points of promotion during the event and prompted much interest for next year’s annual meeting and business forum. 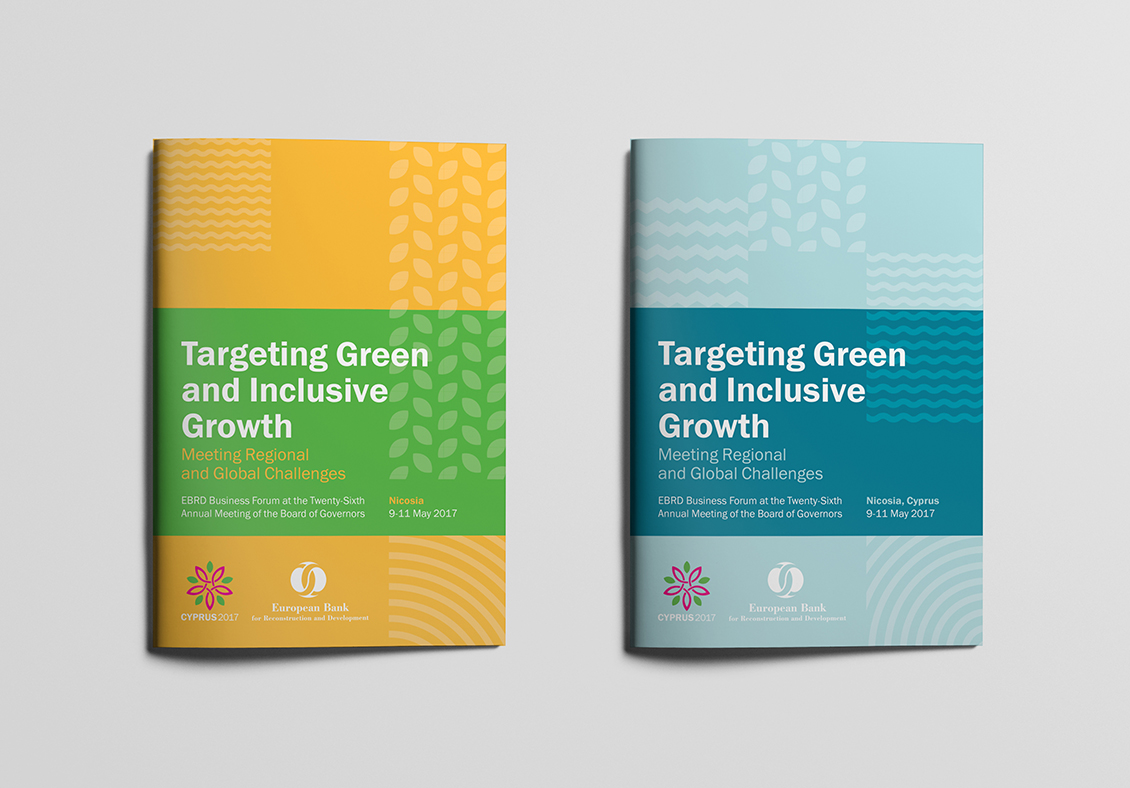 The Cyprus 2017 annual meeting and business forum was a huge success and was attended by over 2,000 delegates, providing EBRD with an energetic and sophisticated visual identity, which enhanced the environment and inspired delegates, entrepreneurs and heads of state. We are all looking forward to Jordan 2018! 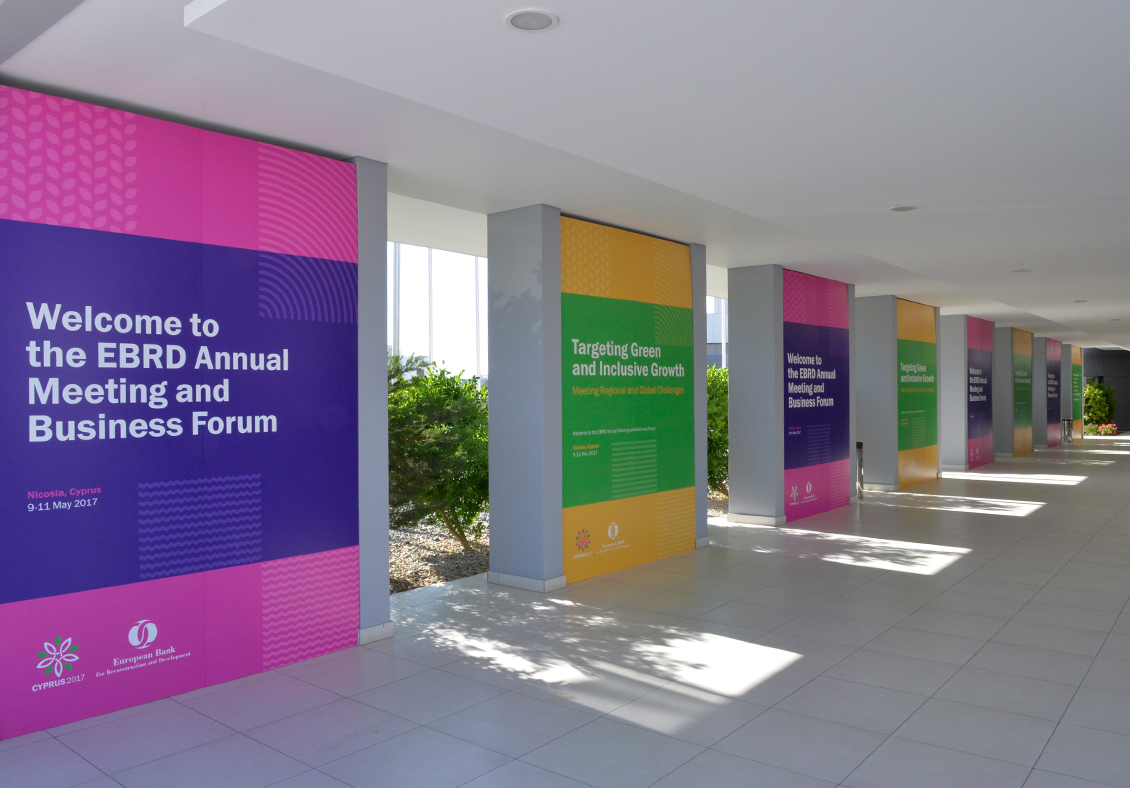 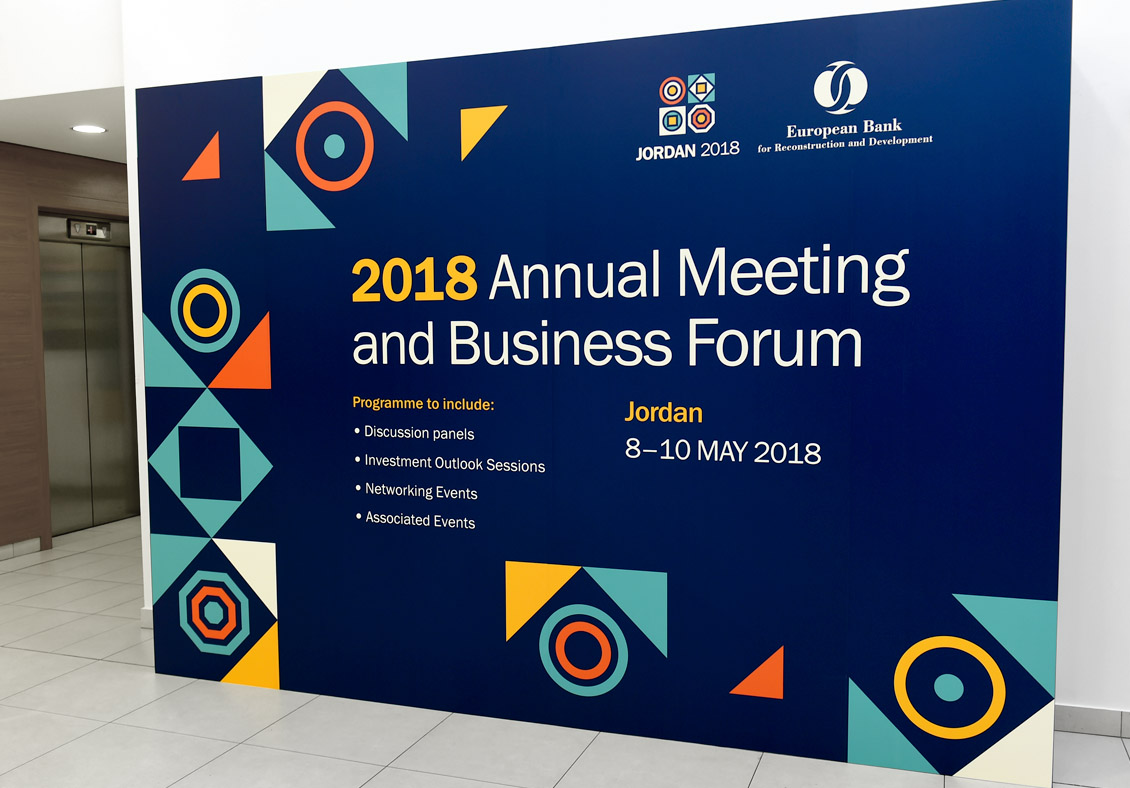